We always knew the Obamas were eatin’ good in the neighborhood, but we didn’t realize how good until last night’s special Iron Chef America, which pitted Emeril Lagasse and Mario Batali against Bobby Flay and White House Chef Cristeta Comerford.  The secret ingredient: anything from the White House Garden.  The four chefs scavenged the garden for their pick of seasonal produce, then returned to the DC set of Kitchen Stadium to make good on Michelle’s challenge: create a meal that inspires Americans, and focuses on eating healthy and locally. 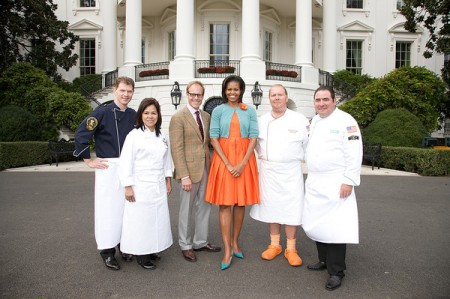 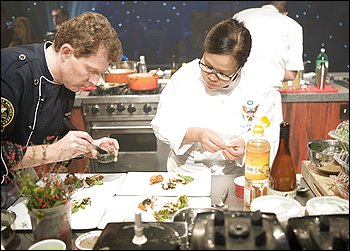 Isn't it considered cheating to smear caviar all over your dish? (Food Network)

This wasn’t Flay’s first interaction with the Obamas, though.  Our POTUS got a little training in the art of grilling from the master…

Born to run (the US)

The Kennedy Center was abuzz last night with yet another red carpet event–who needs LA when you’ve got the glitterati visiting DC every week?  The Honors went to Bruce Springsteen, Robert De Niro, Mel Brooks, Grace Bumbry, and Dave Brubeck.  Attendees included everyone from Eddie Vedder to Nancy Pelosi to Mikhail Baryshnikov.

Of course, the First Couple were in attendance looking glam as ever.  At the reception, Obama showed some respect, saying “On a day like this remember, I’m the president, but he’s the Boss.” 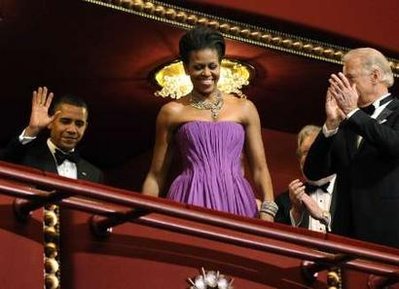 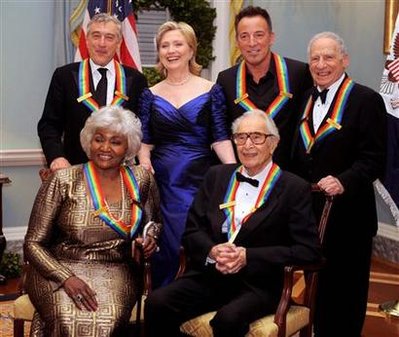 Hillary's in heaven--who wouldn't be when sandwiched between the Taxi Driver and the Boss! (AP Photo/Kevin Wolf) 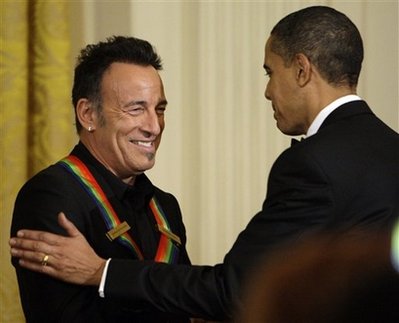 Just remember who the REAL Boss is... (AFP/Mandel Ngan) 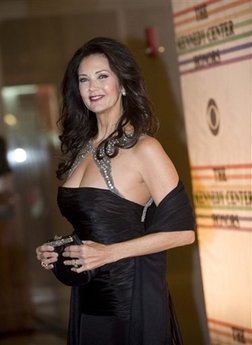 Even Wonder Woman made an appearance! (AP Photo/Kevin Wolf) 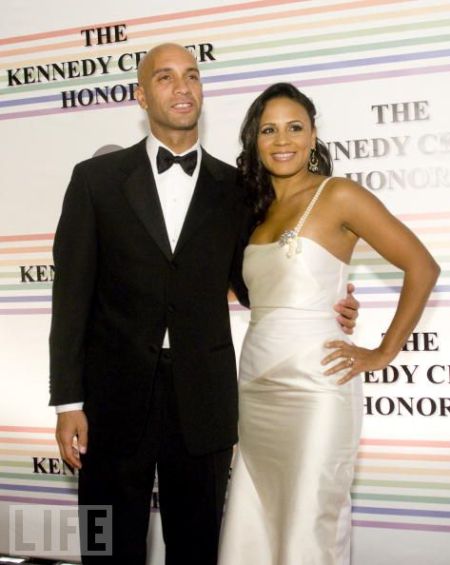 MODOC and FLODOC-Mayor and First Lady of the District of Columbia, of course! (Kris Connor/Getty Images) 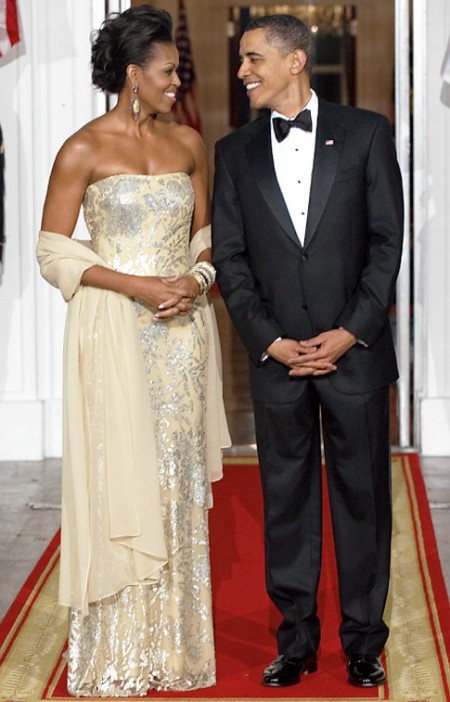 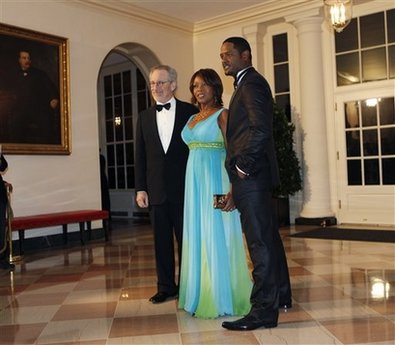 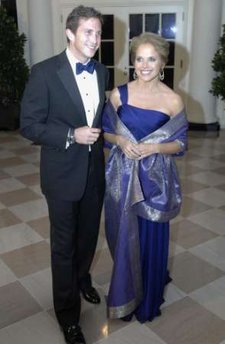 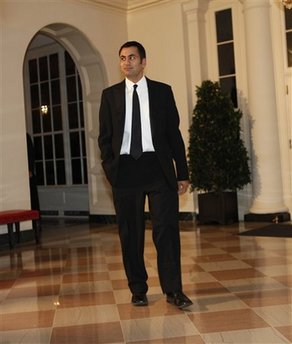 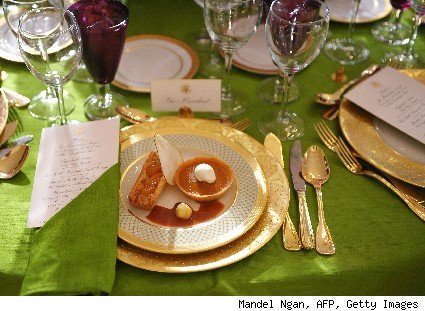 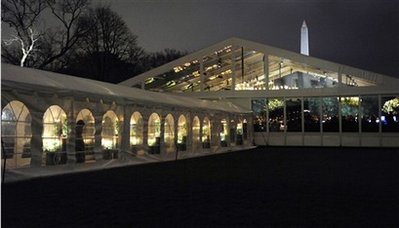 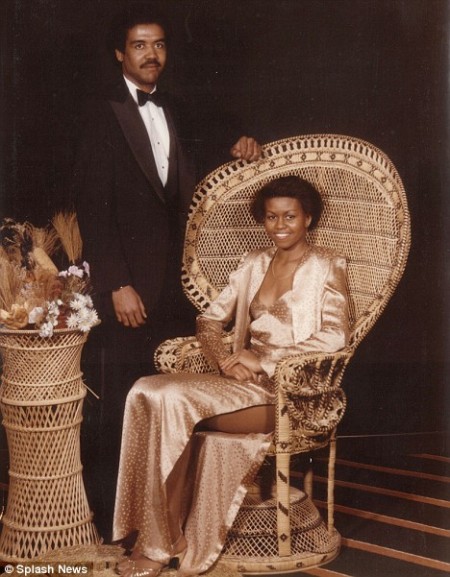 FGOTUS–First Gardener of the United States

Our FLOTUS (dubbed FGOTUS for the day) has outdone the average home gardener with the White House First Garden.   The First Lady invited local DC school children to help her with the fall harvest yesterday, and surprised everyone with the math behind the cost of said garden.  Michelle asked the students how much they thought it cost to start the famous garden, and their guesses ranged from $300-$6000.  In truth, FGOTUS told the crowd that for merely $150 for soil and $55 for seeds, the White House Garden has produced anywhere from 740 lbs to 963 lbs of vegetables, most of which either goes to the White House kitchen or Miriam’s Kitchen.  Students carted away over 240 lbs of veggies yesterday, including carrots, sweet potatoes, lettuce, and fennel.  Now’s that’s a green thumb! 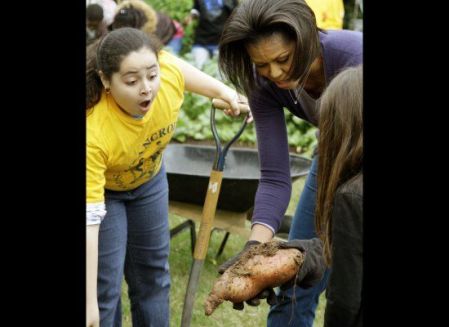 Jailbreak Toys recently announced their new line of Michelle dolls, which add to their already burgeoning line of POTUS dolls.  For a mere $12.99, you too can have one of these three “life-like” renditions of our FLOTUS.   In US Weekly tradition, who did it best?

Where are Michelle's guns? (Jailbreak Toys) 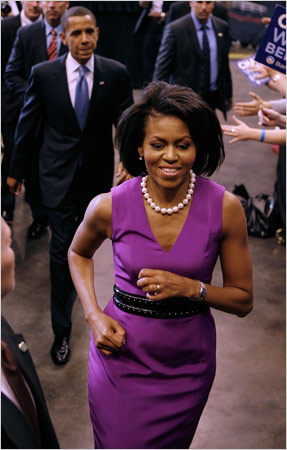 Michelle did it best! (Chip Somodevilla/Getty) 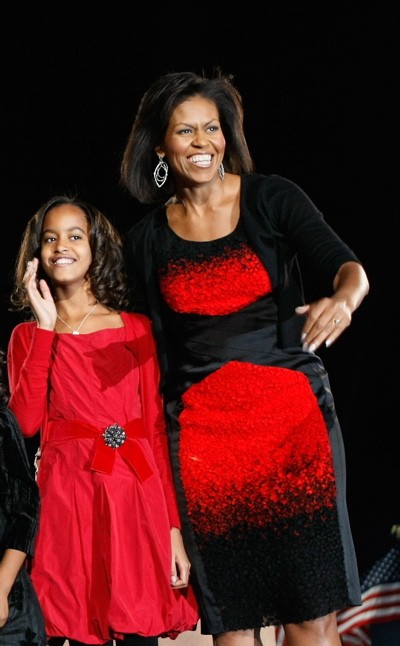 We love ya, FLOTUS, but the doll gets our vote (Getty Images)

Michelle's appearance on The View in this dress was a fashion do! (Jailbreak Toys) 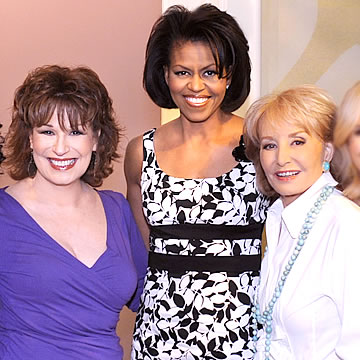 Michelle did it best! (Steve Fenn/ABC)

The White House announced Tuesday that our FLOTUS has chosen 45 pieces of art (on loan), to be strewn through the Obama private residence, and the East and West Wing.   The First Lady chose a number of pieces from modern artists.  Sadly, Shepard Fairey didn’t make the list.  Neither did these guys!

Although BoL had trouble finding the exact list, here are samples from some of the artists: 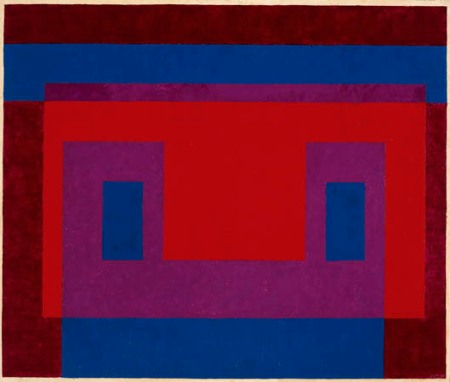 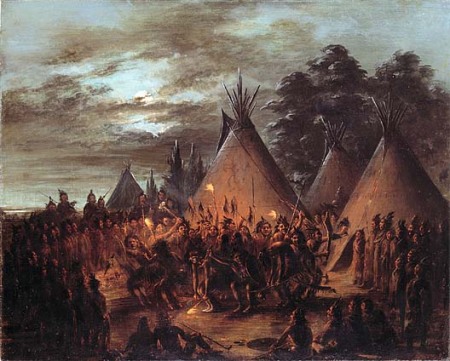 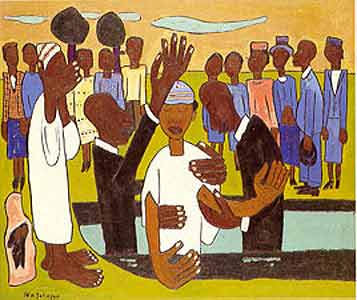 The IOC has apparently dismissed Chicago and Tokyo as possible hosts for the 2016 Summer Games.  Now, the race remains between Madrid and Rio de Janeiro.

Copenhagen got hit by a serious one-two “O” punch–Oprah and Michelle O, that is–as they bid for Chicago as host for the 2016 Summer Olympics. 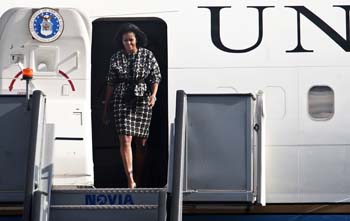 With the vote happening this afternoon, Michelle and Oprah both arrived in Copenhagen Wednesday, ready to spend some serious time wooing the International Olympic Committee (IOC) and meeting various Olympic athletes. 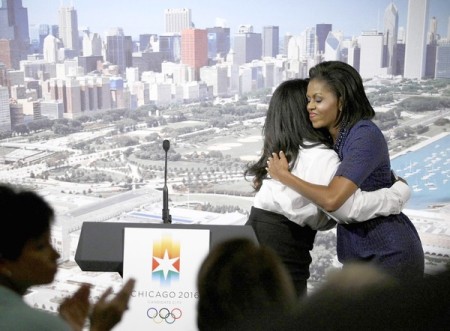 Furtive whisper heard: "It's in the bag, honey" (AFP/Getty photo by Matt Dunham)

It wasn’t all work and no play, though.  Ladies O made sure they had some glam time at the Opening Ceremony, held at the Copenhagen Opera House. 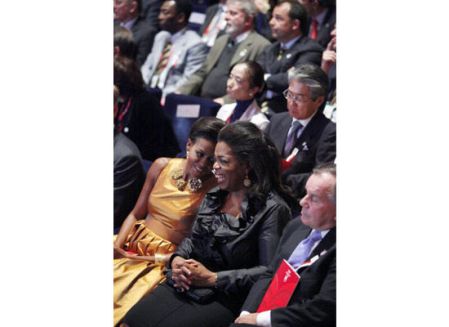 Where was our POTUS through all this?  Never fear, Obama joined his beloved yesterday, and they addressed the committee together.  Obama was the last of the Chicago team to speak, and is the first sitting president to ever address the IOC.  Those other cities don’t have a chance! 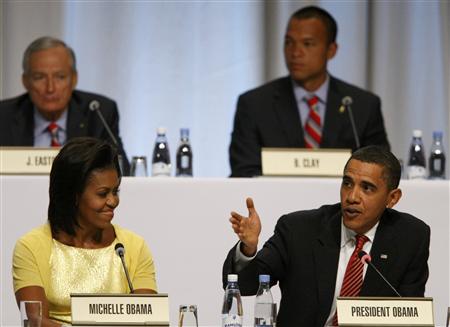 "Our dedication is clear. Michelle here is dressed like a gold medal." (REUTERS/Denis Balibouse)

Since the committee members are not allowed to visit the potential host cities, such visits make a huge difference.  Members were impressed by more than just the Power Os; Chicago explained plans to convert the temporary Olympic stadium seats into wheelchairs.  Nice!

Pittsburgh is more than just ketchup!

A few months back, The Economist honored Pittsburgh as America’s “most livable city.”  But was the City of Bridges up to the challenge of hosting the G20?  You betcha!

The Obamas kicked things off with a reception at the Phipps Conservatory, followed by a spouses-only dinner held at Tereasa Heinz’s Rosemont Farm. 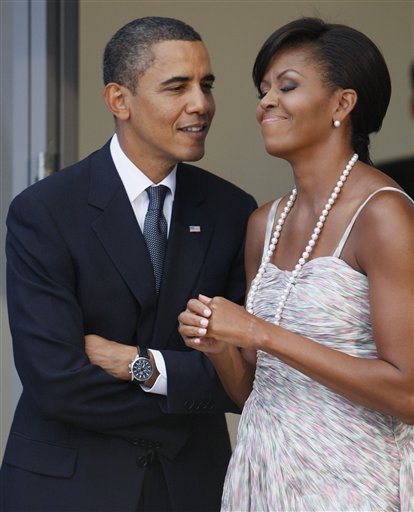 "Does my breath smell okay?" (Photo by David Karp) 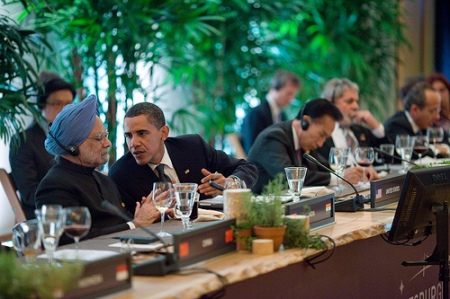 While Obama and his counterparts got down to business, Michelle took the spouses on an art tour of sorts, which included the Pittsburgh Creative and Performing Arts School and the Andy Warhol Museum. 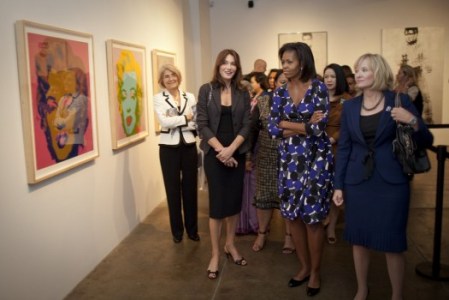 "That Warhol was a trippy one! "(Official White House Photo by Lawrence Jackson)