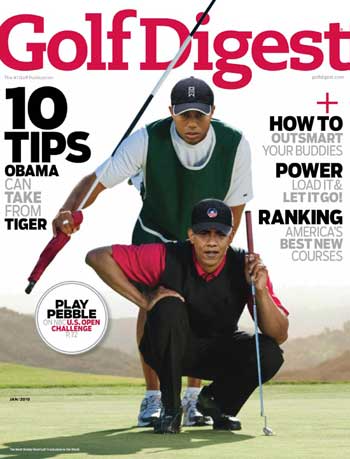 First Jock of the United States

Obama is fast proving to be quite the Renaissance Man when it comes to physical activity.  Not only is he joining his lovely wife in Copenhagen to lobby for the 2016 Summer Olympic Games in Chicago,  athletics is a big White House theme.  From the honors he gives to the guests he hosts to how he spends his free time, could our POTUS be dubbed FJOTUS (First Jock of the United States)?

Obama is signing the Arnold Palmer Gold Medal Act today.  While such an honor is nothing new for Palmer (he received the National Sports Award from Clinton and the Presidential Medal of Freedom from Bush), he can certainly talk shop with Obama, a golf-lover in his own right. 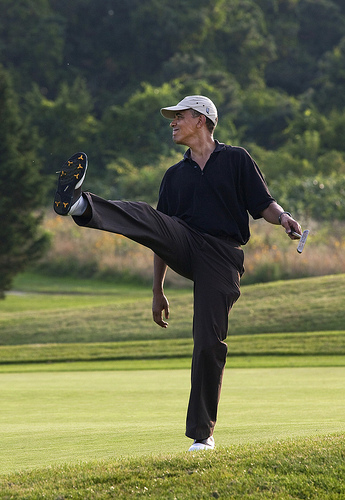 To emphasize his love of the Olympics, POTUS engaged in a little sparring at the White House.  His masterful weilding of a lightsaber warranted respect even from Olympic fencers. 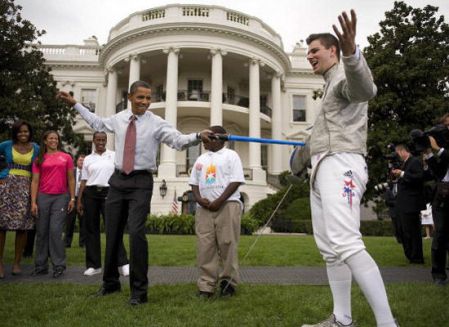 HELLO! You killed my father--prepare to die! (Jim Watson/AFP/Getty Images) 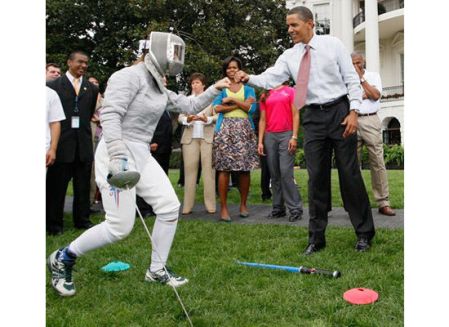 Obama even honored the “sport” of NASCAR by inviting Jimmie Johnson, 2008 winner of the Sprint Cup, to the White House last month.